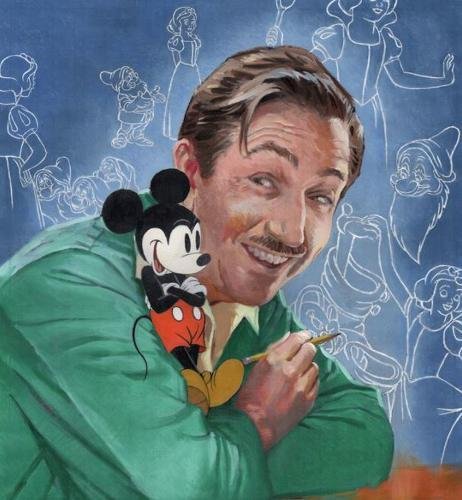 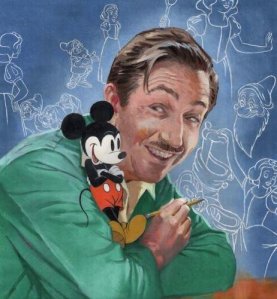 Have you ever wondered the struggles Walt Disney experienced before becoming the Walt Disney we know today?  Walt’s Imagination: The Life of Walt Disney written by Doreen Rappaport shares the secrets of Walt’s life that many of his admirers may not already know.  From life on the farm to Disney’s early days as an animator.  We are given an open window into the struggles that this one man overcame and how he succeeded in leaving a magical legacy that will live on for ages to come.

“Walt Disney ‘s name is synonymous with family entertainment. Mickey Mouse, Snow White and the Seven Dwarfs, Bambi, Disneyland, and numerous other creations have inspired generations of children the world over.

From his childhood in rural Missouri to his legendary stature as a film and television icon, Walt governed his life with imagination, ingenuity, and scrupulous attention to detail. Faced with both public failures and massive success, he revolutionized the art form of animation, always seeking innovative solutions, cutting edge technology, and new ways of storytelling.

Charting Walt’s progression from farm boy to actor to artist, animator, director, and entertainment celebrity, Walt’s own words are presented and contextualized within Doreen Rappaport’s signature compelling prose. Illustrated with vivid authenticity by animator/painter John Pomeroy, this stunning entry in the award-winning Big Words series reveals a man of deep and varied passions with a constantly evolving vision, and a storyteller above all.”

Truly an inspiring piece that will live long in the hearts of everyone who reads it.  Imagination is the spark in all of us; breathe life into it and the end result is something magical.

Thank you Disney Press for the complimentary copy of Walt’s Imagination: the Life Of Walt Disney.